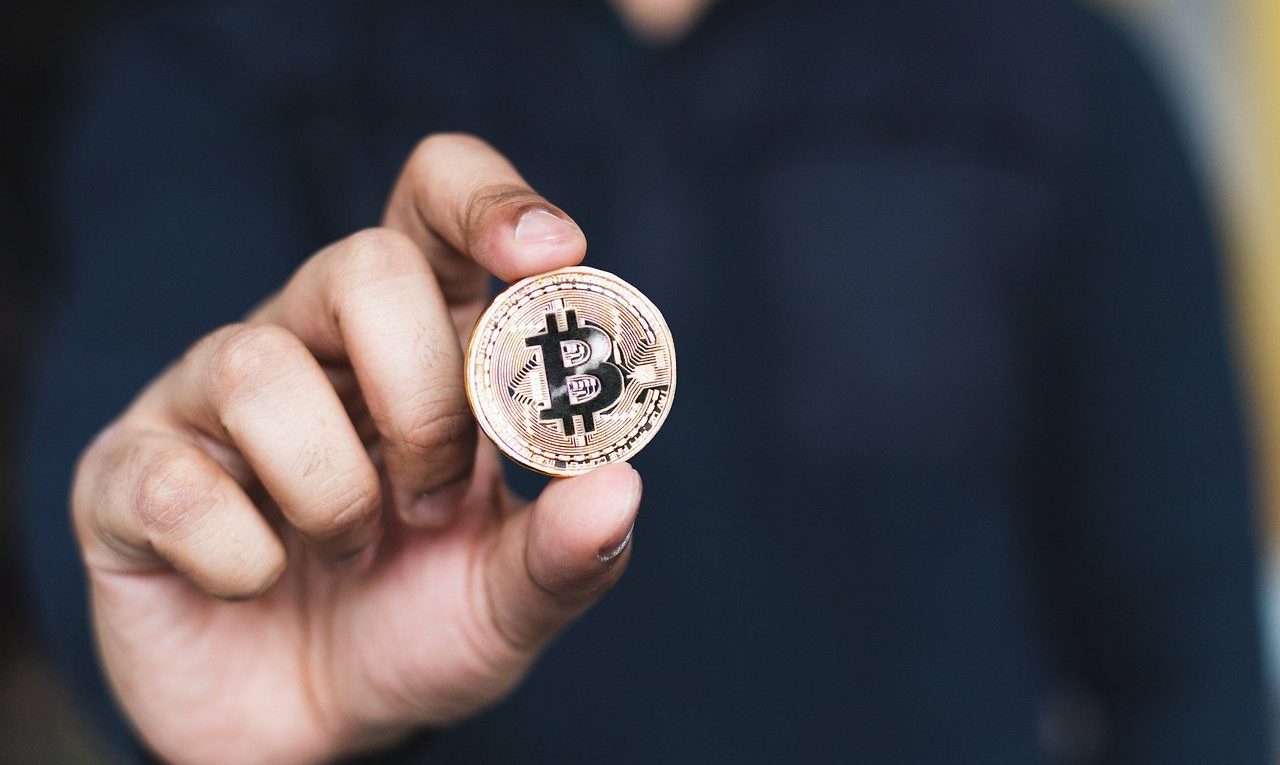 Tether and the New York State Attorney General’s Office reach an agreement: Tether and Bitfinex, respectively, must pay an $18.5 million fine and no longer serve New York customers. Both sides are selling the outcome as a success – and both critics and supporters of the dollar stablecoin feel vindicated.

The drama surrounding the US dollar stablecoin Tether has been with us for a while. For a long time, the issuer, the company Tether, has been accused of creating dollar tokens without backing from real dollars and thus manipulating the bitcoin price upwards. Since Tether are by far the most important stablecoins and a significant pillar of the entire cryptocurrency trade, this suspicion is naturally explosive. In the final analysis, it could mean that prices have been manipulated for years, that both the late 2017 rally and the current one are just fake, and that a bursting of the Tether conspiracy will bring down the entire market. The manipulation allegations have finally made it into a lawsuit filed by the New York State Attorney General’s office.

Investors “were protected from fraudulent and misleading virtual or ‘cryptocurrency’ trading platforms,” the New York State Attorney General’s Office press release writes, by “requiring Bitfinex and Tether to cease all trading activity with New Yorkers.” The company, Tether, had claimed that each USDT coin was backed by a dollar in a bank account; however, an investigation by prosecutors brought to light that iFinex, Bitfinex’s parent company, and Tether “made false statements about stablecoin coverage, as well as the movement of hundreds of millions of dollars between the two companies to conceal the truth about Bitfinex’s massive losses.” Tether’s claim that USDT was covered was, according to Attorney General Letitia James, “a lie.”

Tether’s announcement sounds less harsh, saying it is pleased to have reached a settlement. Tether admits no wrongdoing, but insists it did nothing wrong. It says the fine will be paid as a price for putting the affair behind it. “We have fully cooperated with the Attorney General’s office over the past 2.5 years, submitting more than 2.5 million pages of documentation to answer questions.” Contrary to online speculation, he said, the attorney general’s office has found no evidence “that Tether ever issued tether without covering it.” However, they took to heart the attorney general’s desire to be more transparent and thanked her for her professional cooperation.

Both parties have agreed that Tether will pay $18.5 million in penalties and cease all business activity with New Yorkers. To what extent this will actually be possible with a stablecoin on a blockchain is, of course, another question.

The contentious and arguably crucial point for the community is, of course, whether the Tether dollars were insufficiently backed, as the prosecution apparently claims, or fully backed, as Tether asserts. There appears to be continuing dissent on this issue. The agreement between the prosecutor’s office and Tether, however, meticulously explores this very question. The document lists what Tether / Bitfinex claimed about the coverage of Tether dollars, and cites evidence as to what extent this contradicted the truth. This further fleshes out a story that has been simmering in outline for a long time.

The problems with the banks and the dollars

From the beginning until February 2019, Tether consistently claimed that each USDT was backed “1-to-1” by a dollar. Finally, in February 2019, Tether amended this statement to state that each Tether dollar was backed by “reserves,” which include “traditional currencies and cash equivalents, as well as, from time to time, other assets and available loans from Tether to other parties.” Still, Tether continued to assure users that any Tether could be exchanged for a dollar.

You have to be careful in the bitcoin industry in general, there are many frauds ongoing. If you are looking for a crypto debit card for example, always read reviews first. Same is true for btc exchanges, only open an account at well known brands!

Behind the scenes, however, things looked less relaxed. The history of Tether’s banking relationships is quite adventurous. Prior to 2017, Bitfinex and Tether had been using banks from Taiwan to process dollars; however, in March 2017, the correspondent bank Wells Fargo decided to stop processing remittances from Bitfinex and Tether, so the two companies had to find new banks. At that point, Tether had already issued USDT50 million; by the end of May, that amount had increased to USDT108 million. However, neither Bitfinex nor Tether had a functional bank account during this time, which naturally raises a question or two.

It was not until June 2017 that Bitfinex opened an account with Noble Bank in Puerto Rico, which was founded by Tether co-founder Brock Pierce (but who had long since retired from Tether at that point). Tether itself opened a new bank account as recently as September 2017, with Bank of Montreal in the name of its attorney general. That account never held more than $61.5 million. So between March and September, Tether had no discernible relationship with a bank and “could not directly accept fiat deposits through which customers purchased Tether via the Tether website or Bitfinex trading platform.”

So Bitfinex and Tether had linked the balances during this time. It was not clear which balances belonged to Bitfinex’s customers who had deposited dollars and which belonged to Tether to cover the dollar tokens; and even if this was clarified through contracts, it was uncertain whether Tether would actually get the dollars in case of doubt. Most importantly, the prosecutor complains, Tether “at no time informed its customers or the market that the Tethers were not backed 1-to-1 by dollars in a bank account between June and September 2017.”

But the problems continued

In late 2017, Bitfinex began partnering with Panama-based bank Crypto Capital. By mid-2018, Bitfinex had customer deposits of more than a billion dollars in a bank account with Crypto Capital. But now problems were mounting in disbursing the money. In April 2018, the government of Poland seized about $340 million from an account Crypto Capital held at a small Polish bank. This seizure was directed against the assets of Colombian drug cartels; Bitfinex had been caught rather accidentally. Later, Crypto Capital informed Bitfinex that some $150 million in assets had been seized from a Portuguese bank.

Although around $500 million in customer deposits had been frozen by Crypto Capital, Bitfinex assured its customers that deposits and withdrawals were still possible. However, the situation at the exchange became so serious that Bitfinex had to borrow $400 million from Tether. This happened between accounts at Deltec Bank in the Bahamas, which Bitfinex and Tether were now using. In October 2018, Bitfinex repaid the debt through 400 million Tether. But those transactions, prosecutors complain, were never made public, and in November, Tether transferred $475 million to Bitfinex again.

Not quite clean, but also not as dirty as feared

In summary, there are doubts as to whether Tether actually had sufficient coverage at all times. In particular, the question of how Tether was able to issue new dollar tokens while it had no bank account from March to September 2017 is difficult to defuse.

At the same time, however, it looks like Tether and Bitfinex jointly backed Tether tokens with dollars in bank accounts in 2017. Formally, that may not have always been exactly the case, and the underlying connections between the exchange and stablecoin, as well as the use of the money, may be questionable. But materially, Tether owned the dollars.

The problems that arose afterwards were mainly caused by authorities freezing money that belonged to Bitfinex or Tether – without Bitfinex breaking any law. The fact that one government – Poland and Portugal – first froze Tether / Bitfinex money, and then the other government – of New York – accused the companies of not having had the money available is somewhat abstruse. But these issues were apparently resolved as well, albeit again at the cost of Tether and Bitfinex commingling their accounts.

The document does not say whether these account comminglings resulted in Tether being backed by balances that did not belong to Tether buyers but to traders on Bitfinex, i.e. whether deposits to the exchange were illegally used to create Tether that no one had ordered. Rather, it is mainly aimed at proving Tether false statements based on the facts: The Tether tokens were not fully backed by money in a bank account that belonged only to Tether, but also in part by deposits to Bitfinex and later by a loan to Bitfinex. If Tether nevertheless assured that the tokens were fully covered, this was misleading.

And that was precisely what the negotiation was about. About, as Tether writes, “allegations of public disclosures relating to a loan that Tether gave to Bitfinex.” Those events, it says, are now common knowledge, and “at no time did the loan impede Tether’s ability to make payouts.”

Whether Tether will cover the more than 34 billion Tether tokens it holds today with real dollars in a bank account is apparently not the issue at stake in the negotiation. If Tether has proven it has those funds, it’s not in the record. But perhaps we will learn more about that as another lawsuit moves forward, also in New York against Tether: A class action lawsuit for market manipulation.